Starring Justin Moorhouse – be prepared for laughs in abundance

Following the unfortunate but necessary cancellation in the Summer, we are delighted to present the brilliant Comedy Night at  Lymm Rugby Club this November.

Featuring:
♦  Justin Moorhouse:  Following his breakout role as ‘Young Kenny’ in Pheonix Nights, Justin has toured the country as one of the UK’s leading stand-ups.
♦  Tom Wrigglesworth:  Multi award winner, Tom, hit the national scene with a smash hit Edinburgh show in 2009, since then he’s performed throughout the UK and abroad. He is a regular on panel shows and is now into his 5th series of his hit Radio 4 show ‘Tom Wrigglesworth’s hang-ups’.
♦  Jamie Hutchinson:  Manchester Comedian of the Year and Leicester Mercury Comedian of the Year 2019. Jamie is one of the fastest rising stars on the circuit. His commanding stage presence and sharp tongue make him a regular at major clubs throughout the country.
♦  Rob Riley (compere): “Best Independent Comedy Promoter in the UK Comedy Awards 2017.”

This is an extremely popular event and sells out quickly, so please book early.

♦  Please be aware that the access to the venue is up steep stairs.
♦  This is an adult only event and is not suitable for those under 18.
♦  Bar available.
♦  Good car parking at the Rugby Club. 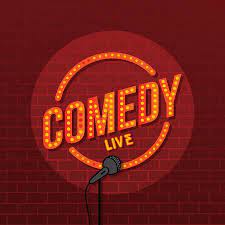 Cart changes have not yet been saved.